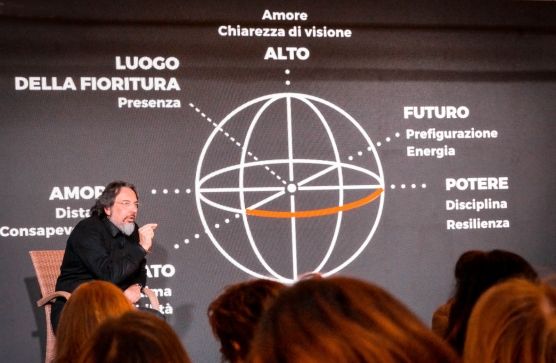 LogicaMente. Patrizio Paoletti Foundation’s event for the World Logic Day under the auspices of UNESCO

BY CIRO SCATEGNI JANUARY 17, 2020. PUBLISHED ON WWW.FONDAZIONEPATRIZIOPAOLETTI.ORG IN BLOG, RICERCA.

To participate to the World Logic Day on 14 January, proclaimed by UNESCO, the Patrizio Paoletti Foundation, through its Research Institute for Neuroscience, Education and Didactics (RINED), has organised LogicaMente. The scientific event, now in its second edition, brings together leading experts from around the world to share their knowledge on human logic from a neuroscientific, psychological and biological perspective.

The aim of LogicaMente is to provide a scientific contribution to the important objective associated by UNESCO with World Logic Day: to promote a culture of peace, dialogue and mutual understanding based on the advancement of education and science.

This year’s edition was entitled ‘Logic of the Sphere: The Sphere Model of Consciousness‘. Patrizio Paoletti, President of the Foundation, presented the Sphere Model of Consciousness, a model he has developed in over two decades of research and applied experimentally in the field of education. At the heart of the Foundation’s neuroscientific and psycho-pedagogical research, the model has also been studied in recent years by numerous internationally renowned researchers in the field of neuroscience.

After a logical-mathematical introduction on the properties of the sphere, Patrizio Paoletti illustrated the construction of the model and its neuroscientific basis. In particular, he highlighted the importance of the central point of the sphere, deepening its descriptive and heuristic properties in relation to the study of consciousness. He presented the educational applications of the model, linking it to the goal of the UNESCO day: to promote a culture of peace through education and self-awareness. For more details on the model, read this scientific article.

World Logic Day was initiated by Prof. Dr Jean-Yves Beziau, President of the Brazilian Academy of Philosophy. Despite its undeniable relevance to the development of human knowledge, science and technology, there is little public awareness of the importance of logic. The proclamation of World Logic Day (WLD) by UNESCO, in association with the International Council for Philosophy and the Humanities (CIPSH), aims to bring the intellectual history, conceptual significance and practical implications of logic to the attention of interdisciplinary scientific communities and the general public. The annual, dynamic and global celebration of this international day aims to foster international cooperation, promoting the development of logic in both research and teaching, supporting the activities of associations, universities and other institutions concerned with logic, and improving public understanding of its implications for science, technology and innovation. As we read on UNESCO’s website, the fundamental aim of this celebration is to contribute to the promotion of a culture of peace, dialogue and mutual understanding based on the advancement of education and science. The Patrizio Paoletti Foundation, which has based its activities on this mission since its foundation, is proudly part of this international scientific network.

Send us an e-mail: research@fondazionepatriziopaoletti.org

This website uses cookies to improve your experience. We'll assume you're ok with this, but you can opt-out if you wish. Accept Read More